I want to begin with a huge thank you to all our users and supporters. As many of you know, the Federal Government had planned to cut its budget for accessible book production and distribution by 25% this coming fiscal year. Thanks to the advocacy by our users, our member libraries and our supporters, Minister Qualtrough announced that those cuts had been reversed for the 2021-2022 budget.

If you wrote letters to your MP, shared our social media campaign, or talked to your friends and family about our advocacy campaign, we want to thank you. We are celebrating that, as a result of this decision, there will be no cuts to services this coming fiscal year.

However, our work is not done. The reprieve is in effect for one year but CELA and NNELS still face significant budget cuts in future years. In our meeting with Minister Qualtrough, CELA and NNELS raised the need for long-term sustainable funding. Minister Qualtrough agreed to having an ongoing discussion with us, our colleagues in the publishing industry and other related stakeholders to develop a sustainable strategy and funding solution for accessible book production in the coming years. Government, industry and CELA and NNELS all have a role to play to ensure that people with print disabilities have equitable access to reading materials.

We are committed to keeping you up to date on our progress as these conversations progress. We have an information meeting scheduled Tuesday March 30 at 7 pm for users and stakeholders and we invite you to register. For those who are unable to attend, we will add a recording of our information meeting to our advocacy page, which we will continue to update with additional information as it becomes available.

While much of our energy has been dedicated to this advocacy campaign, our work in other areas has not slowed. We are looking forward to introducing new search features to our website in the coming weeks. We continue to add new titles to our collection thanks to our work with publishers like Penguin Random House Canada. And we are delighted to announce a new partnership with Combat de Livres, Radio-Canada’s French equivalent of Canada Reads. We will be making accessible versions of these titles available following the announcement of the shortlist. Check our awards page for more information and links to the titles. 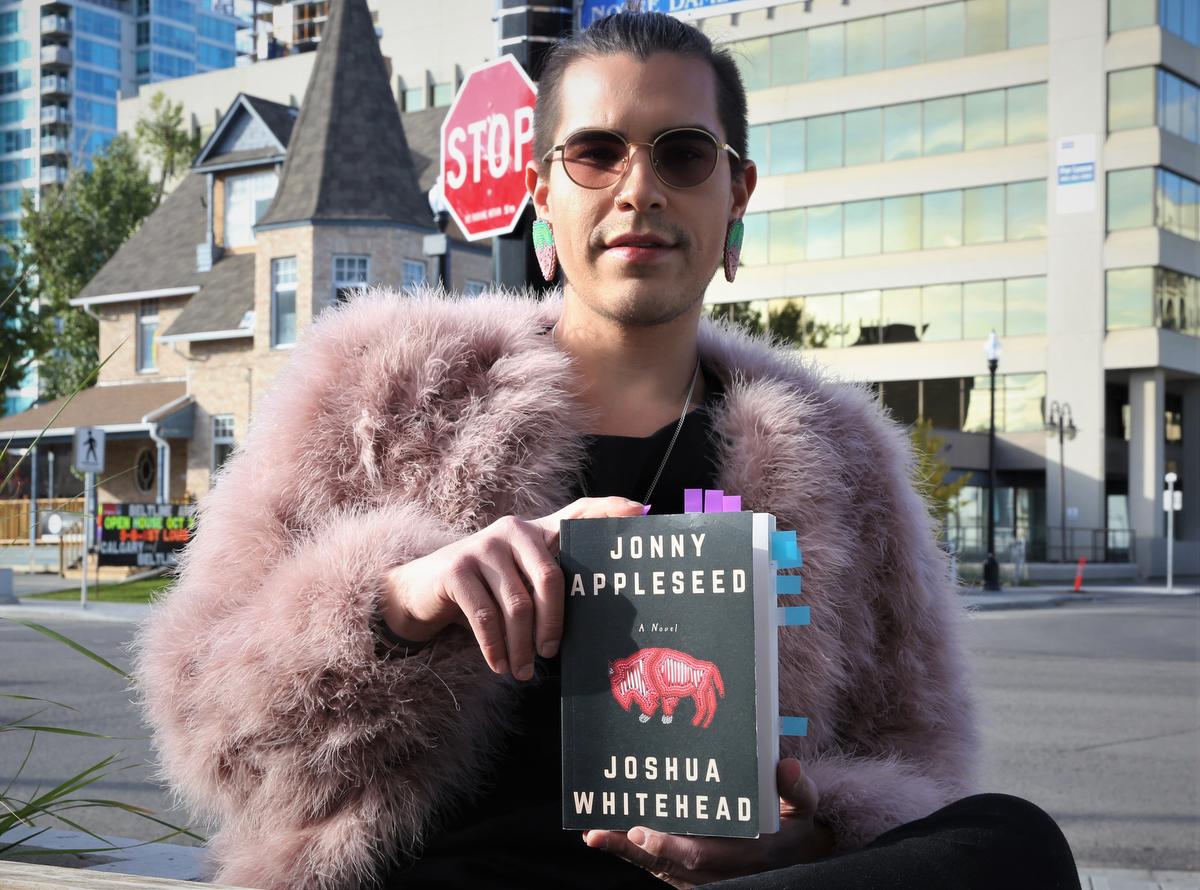 Congratulations to the nominees and award winners!

Congratulations to Canada Reads, CBC’s battle of the books program, for another fantastic year of book discussions and debates. This year’s winning title is Jonny Appleseed by Joshua Whitehead. The book was defended by actor and filmmaker Devery Jacobs.

Jonny Appleseed was Whitehead's debut novel and it has received critical acclaim, the longlist for the 2018 Scotiabank Giller Prize, the shortlist for the Governor General's Literary Award for fiction and the Amazon Canada First Novel Award. It also won the Lambda Literary Award for gay fiction. Jonny Appleseed is the first book by an Indigenous author to win Canada Reads. Find it, and all the shortlisted titles on our Awards page.

This year’s Lambda Awards features a number of Canadian authors, including Francesca Ekwuyasi who is a finalist in the lesbian fiction category for her debut novel Butter Honey Pig Bread. Her book was also one of the shortlisted titles for this years Canada Reads.

For more than 30 years the Lambda Literary Awards have celebrated the best in LGBTQ literature from around the world. The awards will be announced June 1st.

Beloved children’s author Beverly Cleary passed away on March 25. Originally trained as a librarian, she began writing children’s stories because her young patrons told her that there were no stories about kids like them. She went on to write more than 40 books, creating some of the most memorable characters in children’s literature, including Ramona Quimby, Henry Huggins, and Ralph the Mouse.

Her books have sold more than 91 million copies, been translated into 14 languages and many have been adapted for television and film.

“Looking back, she’d often say, ‘I’ve had a lucky life,’ and generations of children count themselves lucky too - lucky to have the very real characters Beverly Cleary created, including Henry Huggins, Ramona and Beezus Quimby, and Ralph S. Mouse, as true friends who helped shape their growing-up years," said HarperCollins Children's Books president and publisher Suzanne Murphy in a press release.

Enjoy some of Beverly Cleary’s most popular titles. 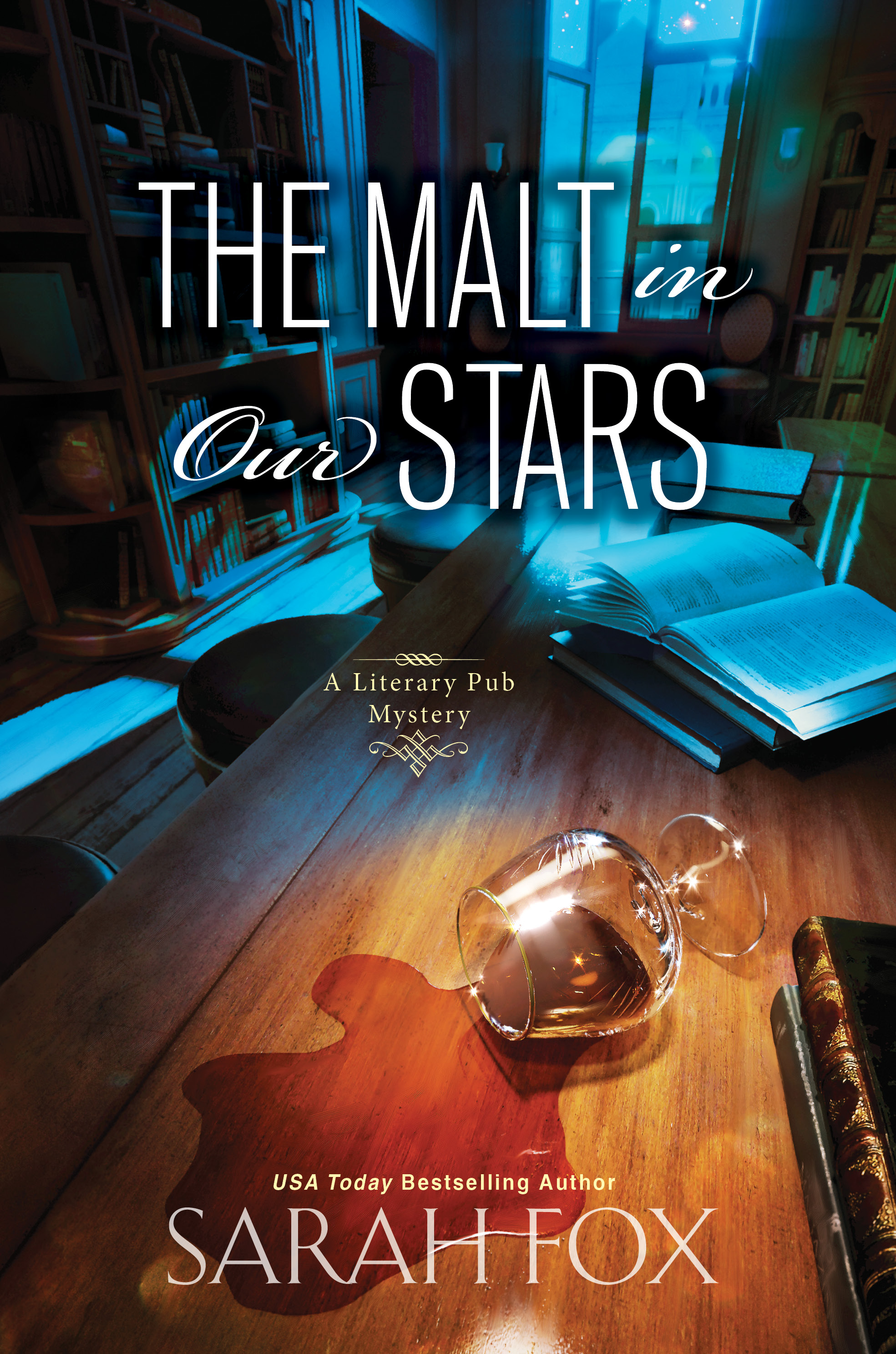 Recently on our regular book talk on AMI Audio, we featured some punny titles for April Fools. These books are pure fun. They don’t take themselves too seriously. They are easy to read, and entertaining. And they are all recently added to our collection.

The Malt in Our Stars (A Literary Pub Mystery #3) by Sarah Fox. Sadie, who runs a literary themed pub, invites well-known suspense author Linnea Bliss to speak at an event. But things go awry when Linnea’s assistant Marcie plummets to her death from an open window at a grand historical hotel that was once a private mansion and is rumored to still hold hidden treasure somewhere within its walls.

Crime of the Ancient Marinara (A Tuscan Cooking School Mystery #2) by Stephanie Cole. Nell Valenti is settling into her role of transforming the Villa Orlandini into a superb farm-to-table cooking school but when Chef Orlandini prepares to reveal his top secret marinara recipe for the first time to a group of American gastro-tourists, Nell realizes she might have bitten off more than she can chew. Nell begins to suspect that one of the tourists is actually a private detective sent to spy on her by her overprotective father. Even worse, when one visitor appears to be poisoned by the famous marinara recipe, Nell will have to work fast to uncover a killer and keep a lid on bad press before her fresh start is spoiled for good.

Hit Me With Your Best Scot (The Wild Wicked Highlanders #3) by Suzanne Enoch. Coll MacTaggert, Viscount Glendarril, is a big, brawny Highlander who doesn’t like being told what to do - not even by his exasperated English mother who is determined to see her eldest son wedded and bedded. However, when he comes to the rescue of an irresistibly beautiful woman, Coll discovers that he may have found his perfect match.

Want some more punny titles? You might enjoy these: 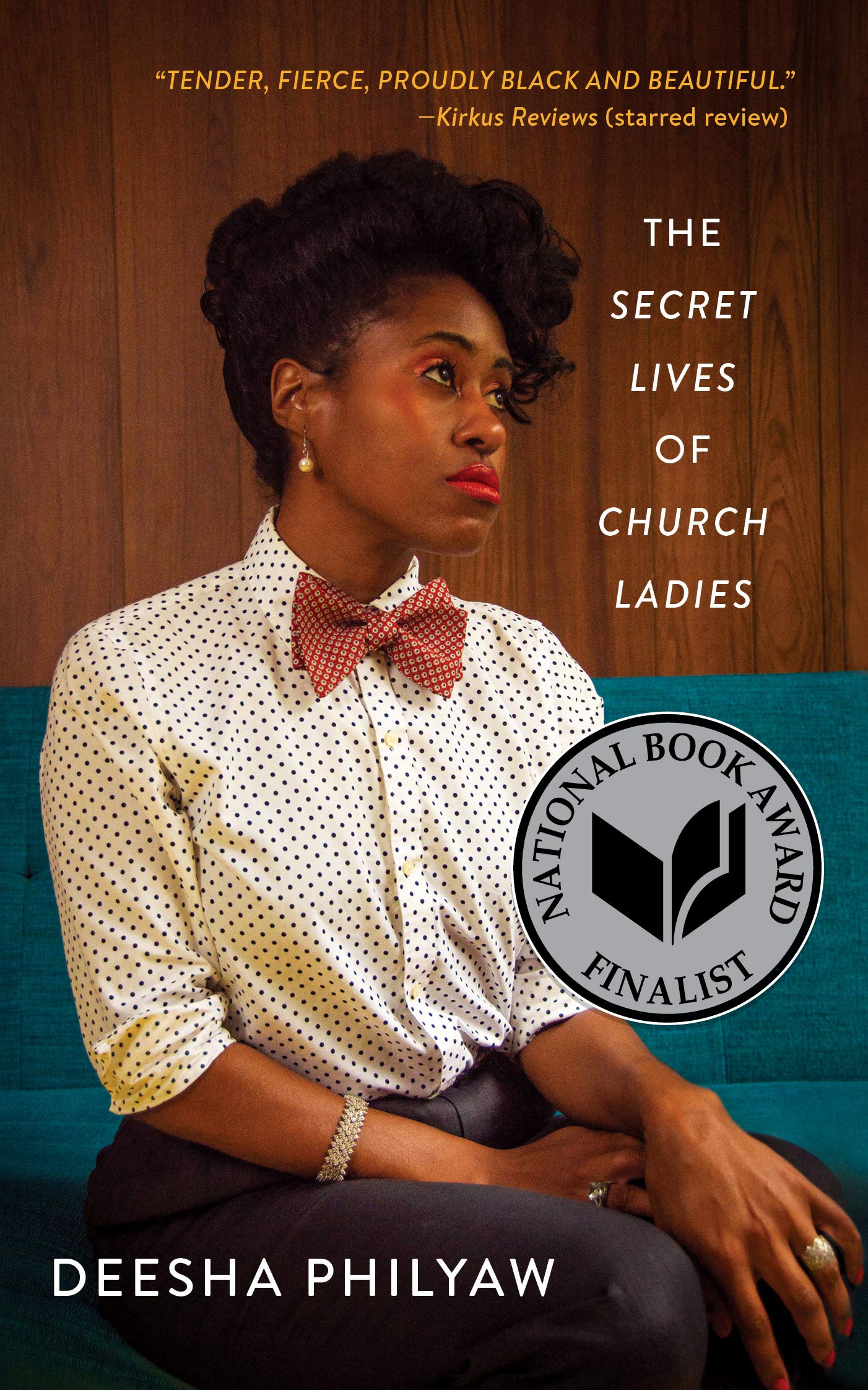 Featured title for adults: The secret lives of church ladies

The Secret Lives of Church Ladies explores the raw and tender places where Black women and girls dare to follow their desires and pursue a momentary reprieve from being good. The nine stories in this collection feature four generations of characters grappling with who they want to be in the world, caught as they are between the church's double standards and their own needs and passions. There is fourteen-year-old Jael, who has a crush on the preacher's wife. At forty-two, Lyra realizes that her discomfort with her own body stands between her and a new love.

As Y2K looms, Caroletta's "same time next year" arrangement with her childhood best friend is tenuous. A serial mistress lays down the ground rules for her married lovers. In the dark shadows of a hospice parking lot, grieving strangers find comfort in each other. With their secret longings, new love, and forbidden affairs, these church ladies are as seductive as they want to be, as vulnerable as they need to be, as unfaithful and unrepentant as they care to be, and as free as they deserve to be.

Pocket Change Collective is a series of short books with big ideas from today's leading activists and artists. Each installment challenges an idea or standard quo, and serves as inspiration and a call to action for a younger generation. Topics include: the link between art and protest, an exploration of the gender binary and queerness, and food as activism, just to name a few.

The Pocket Change Collective series has received starred reviews from Booklist, Kirkus and School Library Journal, as well as glowing recognition from artists, authors and activists, such as Billy Porter, Sam Smith, Rosario Dawson, and more.

Featured title for teens: Laura Dean Keeps Breaking Up with Me

From This One Summer co-creator Mariko Tamaki comes a hilarious and poignant story of teen heartbreak and friendship. All Freddy Riley wants is for Laura Dean to stop breaking up with her. The day they got back together was the best one of Freddy’s life, but nothing’s made sense since. Laura Dean is popular, funny and SO CUTE … but she can be really thoughtless, even mean. Their on-again, off-again relationship has Freddy’s head spinning — and Freddy’s friends can’t understand why she keeps going back.

When Freddy consults the services of a local mystic, the mysterious Seek-Her, she isn’t thrilled with the advice she receives. But something’s got to give: Freddy’s heart is breaking in slow motion, and she may be about to lose her very best friend as well as her last shred of self-respect. Fortunately for Freddy, there are new friends, and the insight of advice columnist Anna Vice, to help her through being a teenager in love. Mariko Tamaki and Rosemary Valero-O’Connell bring to life a sweet and spirited tale of young love that asks us to consider what happens when we ditch the toxic relationships we crave to embrace the healthy ones we need.

Read Laura Dean Keeps Breaking Up with Me

You can now turn on notifications to receive emails when ZIP or Direct to Player books you’ve requested on CELA’s website become available. You can also update your email address and change your password. You can make these changes on the Communication preferences page in My Account.

The instructions on how to update your email address, change your password and turn on notifications are on the My Account help page.

Please note that CELA and our Contact Centre will be closed for Good Friday on April 2 and for Easter Monday on April 5. We will reopen with regular hours on Tuesday, April 6.