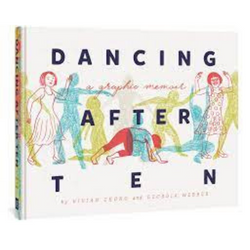 Graphic novels are a popular genre, particularly with kids and young adults. Reluctant readers often find them both engaging and less intimidating than novels. And graphic novels and comic books can expose readers to an advanced level of vocabulary. According to one study from the University of Oregon Centre on Teaching and Learning, Comic books average 53.5 rare words per thousand, while children’s books average 30.9, adult books average 52.7, expert witness testimony averages 28.4, and the conversations of college graduates with friends average 17.3.

Unfortunately, for a long time, graphic novels have been difficult for people with print disabilities to access. Unlike traditional novels which are relatively straightforward to make accessible, the resources and expertise required to adapt graphic novels are quite significant, and there is not currently a set of community best practices to guide the work.

Beginning in 2020, CELA launched a pilot program to produce human narrated graphic audio novels, choosing the books for the pilot based on a variety of factors including interest from our readers, reviews of the book, and the fit with our collection. Previous to this project, only a handful of graphic novels had been produced. As part of this pilot program, graphic audio novels would be ordered monthly for a year. Also, as part of the pilot, each title would be evaluated, as they become available. Reviewing the feedback provided would be important in shaping how these graphic novel audio books are made.

When CELA wants to add a graphic novel to our collection we first buy the hardcopy of the book. Once received, research into the subject and any languages other than English may be needed. Then the graphic novel goes through a scripting process, where the illustrations on each panel are described alongside the dialogue or text.

Because graphic novels rely on both text and images to convey the story, the images must be described accurately and thoroughly, while also ensuring that the person writing the script isn’t inserting their own interpretations. The goal is to provide just the right amount of information, so the reader has what they need to draw their own conclusions about what is happening in the story.

Once the scripting process has been completed it is passed on to the narrator(s) and the producer, who record the described images and the text of the graphic novel. In some circumstances, some subtle sound effects may be added to help communicate the emotions or nuances in the illustrations. The narrators may use slightly different voicing techniques to indicate when each character is speaking.

When narration is completed, CELA’s accessibility testers review the book and the narration and offer feedback on the book as a whole and specifically the image descriptions, assessing if they are clear and complete while not overwhelming the story.  In one of the graphic novels in this pilot project called Dancing After TEN, CELA worked closely with the author Vivian Chong who provided input to ensure that her intentions for illustrations and the story were effectively captured in image descriptions.

If you have read an accessible graphic novel from our collection, we’d love to hear your review - both of the story and of the production.
Check out Laura Dean Keeps Breaking Up With Me and Dancing After TEN, two of the first graphic novels produced as part of this project.

In a future blog post we’ll meet Rhianna, one of CELA’s accessibility testers who has worked closely with our team on our graphic novels pilot project.