An unprecedented behind-the-scenes portrait of the Trump presidency from the anonymous senior official whose first words of warning about the president rocked the nation’s capital.

On September 5, 2018, the New York Times published a bombshell essay and took the rare step of granting its writer anonymity. Described only as “a senior official in the Trump administration,” the author provided eyewitness insight into White House chaos, administration instability, and the people working to keep Donald Trump’s reckless impulses in check.

With the 2020 election on the horizon, Anonymous is speaking out once again. In this book, the original author pulls back the curtain even further, offering a first-of-its-kind look at the president and his record — a must-read before Election Day. It will surprise and challenge both Democrats and Republicans, motivate them to consider how we judge our nation’s leaders, and illuminate the consequences of re-electing a commander in chief unfit for the role.

Read the New York Times review of A warning 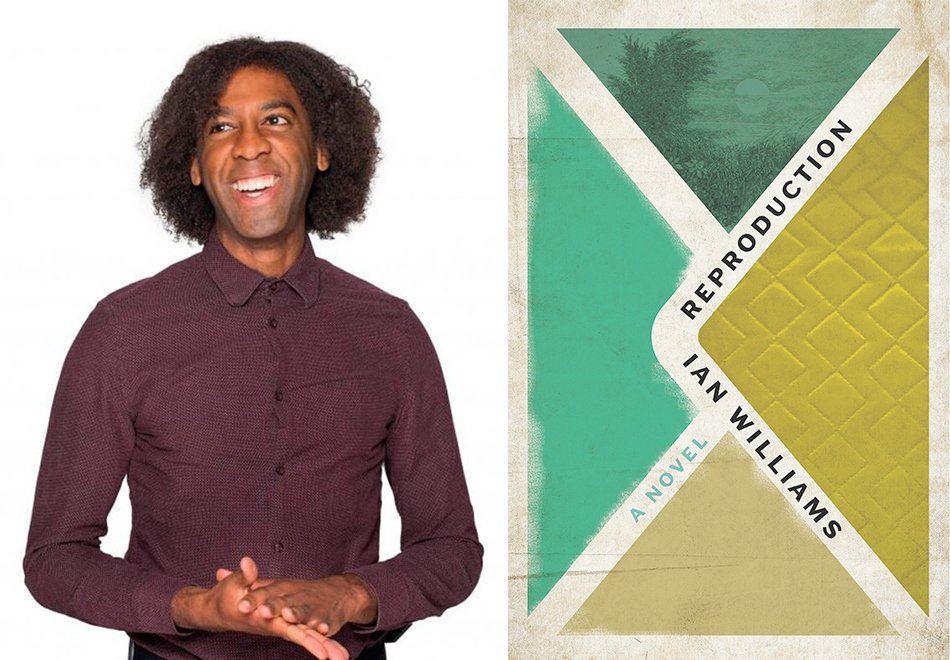 Congratulations to Ian Williams who won the $100,000 Scotiabank Giller prize for his debut novel Reproduction, which explores the ways that families come together, come apart and reform.

CELA has both Reproduction, and William’s poetry collection Personals, which was shortlisted for the Griffin Poetry Prize in 2013.

Read his interview about Reproduction

Congratulations also go to André Alexis who has won the Rogers Writer’s Trust fiction prize for his most recent book Days by Moonlight. This novel, which defies genre, tells the story of botanist Alfred Home and Professor Morgan Bruno who encounter werewolves, witches and towns with odd traditions while on a road trip to unearth the story of the mysterious poet John Skennen. Alexis previously won the Writer’s Trust in 2015 for his novel Fifteen Dogs.

Heather O’Neill was awarded the Writer’s Trust fellowship. The $50,000 award is given to authors based on their previous body of work, and the anticipated work to come, allowing them the financial support needed to create. Heather O’Neill’s books have been included in Canada Reads and nominated for a number of Canadian literary prizes, including the Scotiabank Giller Prize. Read her work, including Lonely Hearts Hotel and Lullabies for Little Criminals, in our collection.

Over the past few weeks there have been a number of updates to our website, many as a result of patron requests and feedback.

We will also continue to send emails announcing major updates and changes and our Contact Centre is always available to assist patrons with any questions they may have.

Margaret Atwood has had quite the year, celebrating her 80th birthday and the very successful launch of The Testaments, her much anticipated follow up to The Handmaid’s Tale.

Two of our staff sat down to discuss The Testaments and their thoughts on whether the book met their expectations given the excitement about it.

Karen McKay is our Communications Manager.

Did you find the ending of The Testaments satisfying? Did it answer the questions you had at the end of The Handmaid’s Tale?

Theresa: I had mixed feelings about The Testaments. Both The Testaments and The Handmaid’s Tale are informed by or framed by, an academic conference, which I think raises some interesting questions about who legitimizes history. I was wondering: does academia need to verify the relationships in The Testaments, in order to make them true?

Karen: I also had mixed feelings. I thought the most compelling character in The Testaments was Aunt Lydia. The other two characters in the book had less depth and provided less insight, but I can see that might have been intentional. They are younger and less powerful in the Gilead world. I did not find the ending to be surprising, and I was left wanting more from some of the characters specifically, but I did find the insights into Aunt Lydia’s world to be helpful in framing the themes in The Handmaid’s Tale.

Theresa: I had a lot of trouble with Aunt Lydia. In a way, it was almost more comforting, to know her as this menace, but in The Testaments, she’s given more layers. The readers need to reconcile that her acts of good will were done for her own atonement. And frankly, could have been done much sooner. Do these facts take away from the end result?

What major themes stood out for you in the book?

Karen: The theme of good and evil stood out to me. The book plays with the idea about whether can people do good from a position of power that’s truly good, or is it always somewhat self-serving? In the case of Aunt Lydia, she’s not altruistic, even though she’s done “good deeds.”

Theresa: For me, it was the idea of gatekeeping. Throughout The Testaments, knowledge is held and used for power. We have to wonder what this means for knowledge, for truth, for peoples’ stories, when people in power hold onto these and wield them for their own means.

Does the book carry the same weight as Handmaid’s Tale? Does it have the same social commentary?

Theresa: I felt like this book exists to tie up loose ends. We get this backstory of Lydia, and perhaps can walk away and be satisfied that we know what happened to Gilead. On another level, it feels like it might be a self-reflective piece from Atwood, who is thinking about her work and her own role as a gatekeeper.

Karen: When I finished it, it didn’t feel like it had the same impactful social commentary to me. But once Theresa and I started to discuss it, there were themes that emerged that made me want to go back and read it more deeply. The Handmaid’s Tale felt like a book written by a younger woman aimed at younger women as a sort of cautionary tale.  The Testaments feels more reflective as Theresa said – but also more instructional in some ways. It invites us to take a look at the power we have and figure out what to do with it, not just for ourselves but for others. How do we use it? How do we get it? How do we share it?

Do you think that the fact that The Testaments was published 30+ years after The Handmaid’s Tale affected its ability to be as relevant? As shocking?

Karen: The Testaments felt less shocking to me, less prescient. Changes in politics and culture, and an increased awareness of environmental issues, warned about in The Handmaid’s Tale, have happened or are happening. Interestingly, my teenage daughters are both reading The Handmaid’s Tale right now for school and they are finding it devastatingly shocking. They both want to read The Testaments when they finish so I am looking forward to hearing their perspectives as young women just learning about these issues.

Theresa: I first read The Handmaid’s Tale over 20 years ago and it didn’t strike me then as much as it did now, reading it as an adult. After The Handmaid’s Tale, I wasn’t necessarily looking for some tidy explanations, so much as thinking about the questions it asked. I looked at The Testaments the same way. I wasn’t so much shocked, because I found the issues raised absurd, but because I can point to it and The Handmaid’s Tale and say unequivocally, these things are happening now.

Out of the Ice by Ann Turner

When environmental scientist Laura Alvarado is sent to a remote Antarctic island to report on an abandoned whaling station, she begins to uncover more than she could ever imagine. Despite new life thriving in the icy wilderness, the whaling station is brimming with awful reminders of its bloody, violent past, and Laura is disturbed by evidence of recent human interference. Rules have been broken, and the protected wildlife is behaving strangely. On a diving expedition, Laura is separated from her colleague. She emerges into an ice cave where, through the blue shadows, she is shocked to see an anguished figure, crying for help. But in this freezing, lonely landscape there are ghosts everywhere, and Laura begins to sense that her own eyes cannot be trusted. 2016. Please note that over the winter holidays our Contact Centre will be closed on December 25th, 26th and January 1st. Staff will be available to take calls on December 23, 24, 27, 30 and 31 for regular hours and we will return to our regular schedule on Thursday January 2nd.

Visit CELA's social media, including Twitter and Facebook for more news about what's happening in the world of accessible literature.